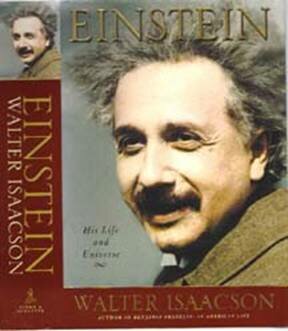 I like the way he gathered-up Einstein's beliefs and practices. Einstein wrote a friend about his work: "I promised you four papers."... Isaacson concludes that Einstein began to sense the significance of his work when he finished the letter. What an impact they had on science since then. Einstein's imagination and "faith in the harmony of nature's handiwork" makes for a great reading time-out. The author's understanding of Einstein's definition of God and his "religion" is carried throughout the text, bit by bit. Then he became a determinist. "Behind all the discernible laws and connections there remains something subtle and inexplicable." When he turns 50 he "shows a deepening appreciation of his Jewish heritage." He displayed a profound faith in the orderliness of the universe."... "I am a Jew, but I am enthralled by the luminous figure of the Nazarene."For some people, miracles serve as evidence of God's existence." Einstein felt the absence of miracles reflected divine providence "The fact that the cosmos is comprehensible, that it follows the laws, is worthy of awe. This is the defining quality of a 'God who reveals himself in the harmony of all that exists.' This is Einstein's cosmic religion." Einstein caps his beliefs: "Everything is determined, the beginning as well as the end, by forces over which we have no control."